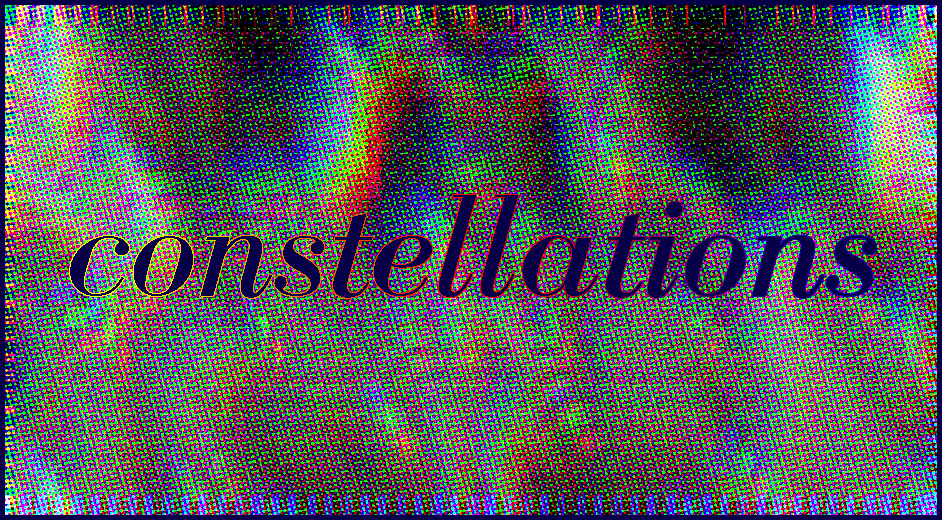 Ottocittà-Selbststadt is my final MA project, which included an installation and a portfolio in the form of a game box, made of four graphically diverse and independent parts (0 – A city?, the ‘book’; 1 – Constructia, the ‘glossy’ retelling of the prelude of this research; 2 – Geneva, the ‘notebook concertina’ depicting its second phase; 3- Instructia, the pseudo-Ikea notice documenting prototyping and the installation as well as two game boards (3x3m each), jigsaws, paper games, and toys. Ottocittà-Selbststadt started as a two-parts city based on two tales of imaginary spaces: Italo Calvino’s Sophronia (Le Città Invisibili) and Franz Kafka’s Kaiserliche Botschaft. How to make an object that is both mobile and immobile, both finite and infinite? To me, these were the fundamental questions. Any solution to these paradoxes can only be paradoxical itself.

TRAP is a psycho-geographical game I have designed with Natalia Biglou, Claire French and Vivianna Chiotinis to respond to the research topic: how to map agency in Canary Wharf and how can performance alter agency? A board-game that can be played IRS (S=space), TRAP is faithful to Canary Wharf’s topography. The game underlines one topos: the claustrophobic ‘trap.’ It is a hybrid of chess, goose-game and Monopoly as well as a Debordian take on a ‘dare’ game. The goose-game’s ‘death-square’ became our last square, thus leading to eternal game over. The jail, a Monopoly feature, represents the outskirts of the Isle of Dogs, the constant reminder of an incomplete regeneration. TRAPs missions, its ‘script,’ challenge the absurd rules of the place. TRAP aims to turn Canary into a playground, a stage; an object of reflection. 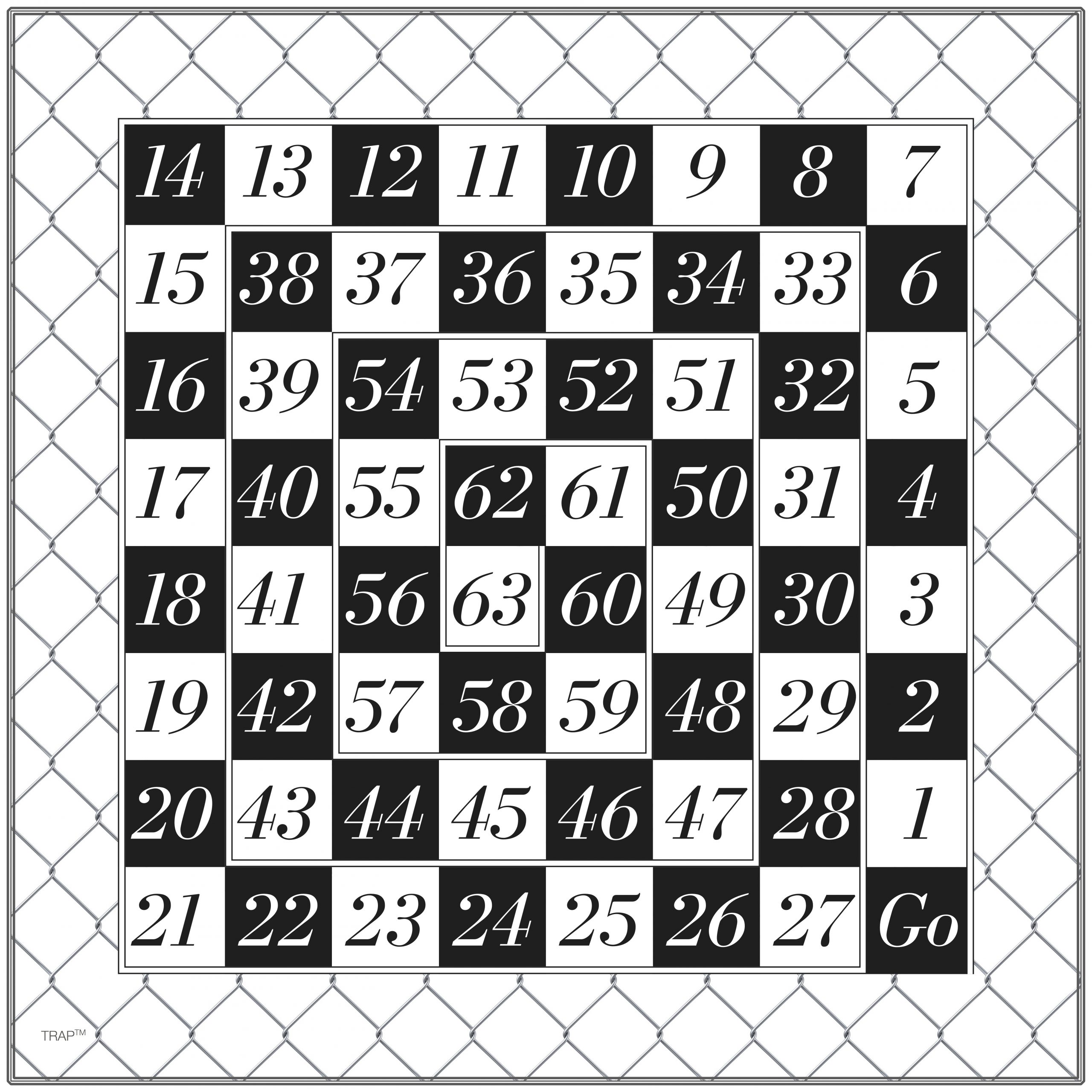 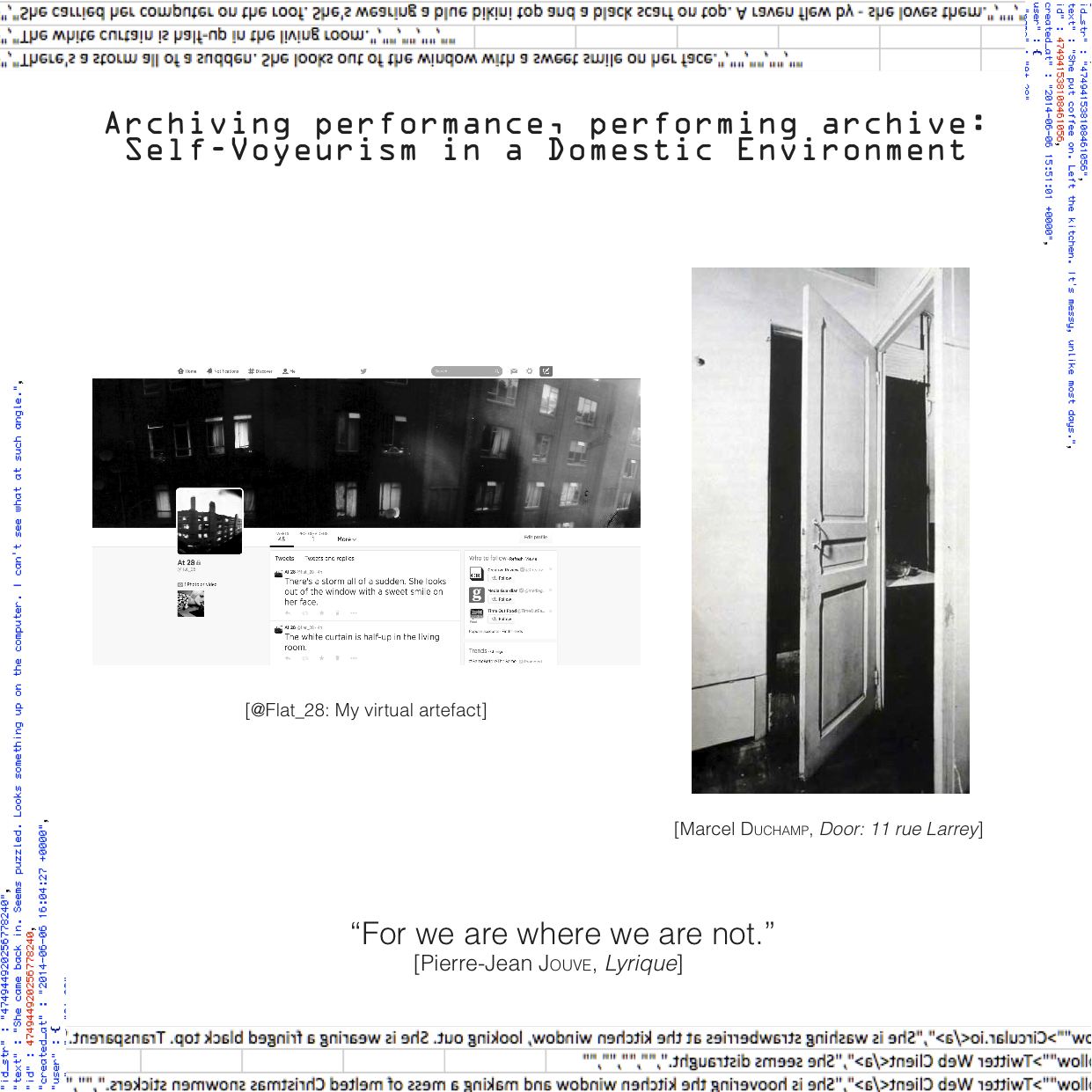 There was an element of fairy-tale in Merlin St: “reality… is the strangest fantasy of all.” She kept seeing the intriguing jigsaw of peoples’ lives through the windows of the council house opposite. She thought of Perec’s La Vie Mode d’Emploi, of Butor’s Passage de Milan. She once imagined plotting all her neighbours’ actions in a grid. Then much later an idea occurred to her: would it not be more interesting to play with the vis-à-vis, to perform without them being aware of a performance taking place? And, more provocatively, how about writing a self-voyeuristic account imagined from the flat opposite? Looking at herself through a distorted lens, she attempted to archive life as a performance, while documenting the poetry of her bizarre everyday. The twitter account @flat_28 was a neat tool of topoanalyis.

Rifts, Rips and Ripples is a project that started with a Butoh workshop in which we had to bring a material: mine was mortar | cement (standing metonymically for concrete). Construction and destruction. Scaffoldied temporalities. Impossibility to build. Ancestral. Soil. Foundation. Trace. Docks. Powder. Platform. Funereal. Claustrophobia. Prosaic. Unelegant. Squalid. Runny. Cascading. Hurting. Brutal & Brutalist. Sand. Moist=Dry. Not Grey. Subtle Sound. Horizontality. Smells Dry. Elusive. No hold. Compound. Blend. Light. Bury. Binder. Insular. ‘The low tide…’ was my Butoh-fu (choreographic notation). This soon evolved into a film, made with Justin Farndale, who brought electric cables. The sound design of the film is linked with a continuous research on sound and building. In general this multi-faceted project tackled construction and vertigo, two main focuses of mine. 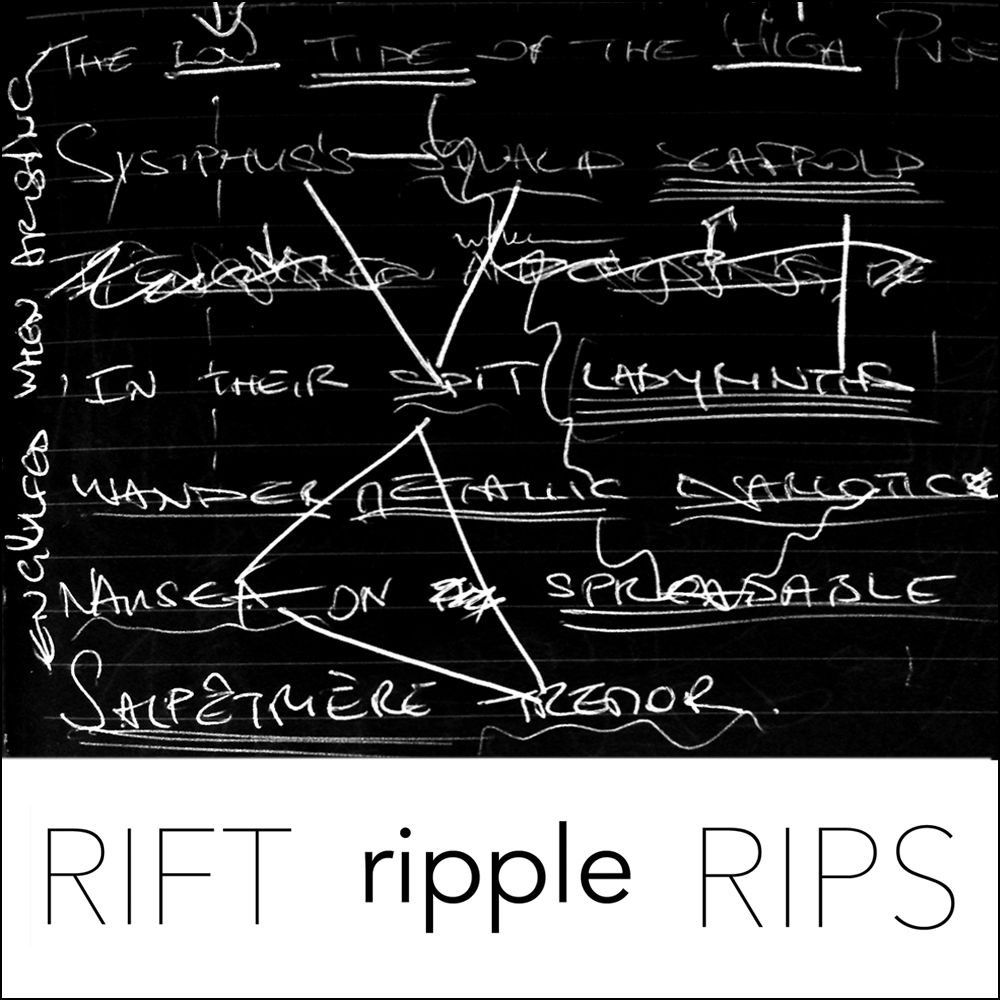 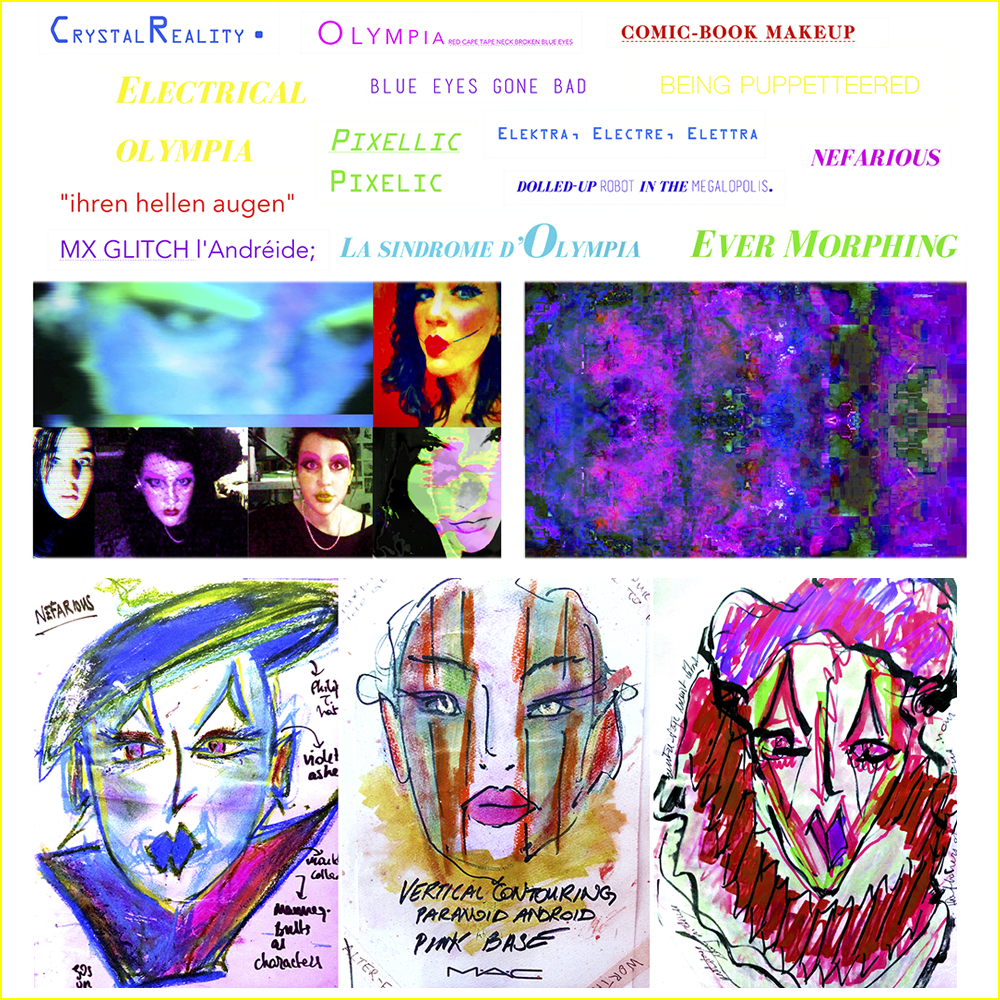 Orlan-do is an imaginary gastrotheatre project based on Virginia Woolf’s Orlando, including a 1:1 installation designed to represent the Victorian Age stage of the book. Though the imagined space for this ‘lavish banquet’ was London’s Wapping Project the project privileges concept to location. The apophenic process included wigmaking, jelly-making (in the spirit of Bompas & Parr) and setting tables. Gender issues were of course of fundamental importance here. 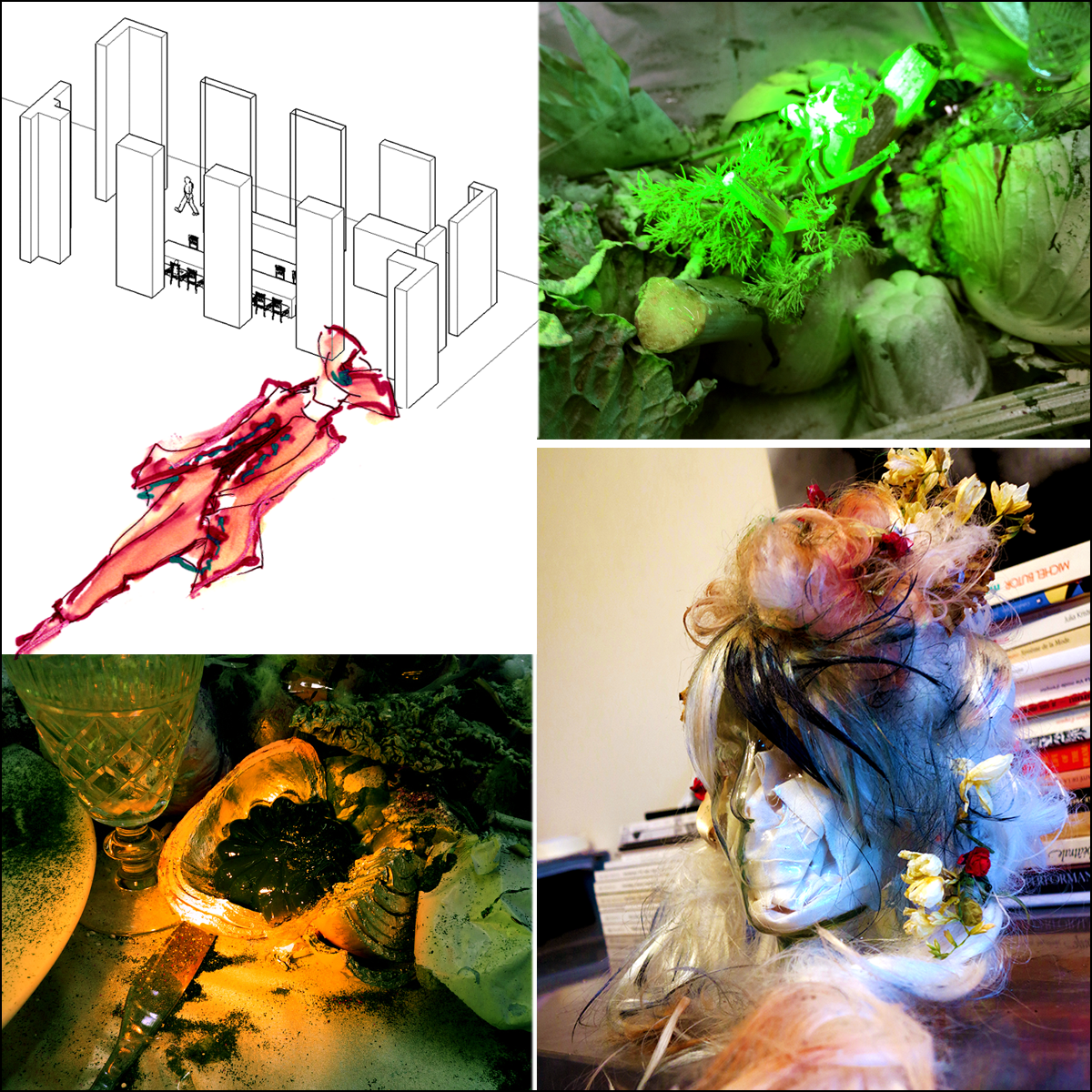